Notes from day one! 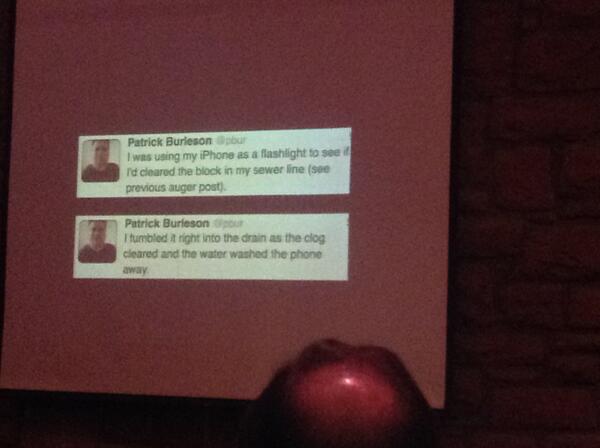 Steinberg delivered a motivating presentation encouraging developers to focus in on the core elements of our apps, and how we should clearly and specifically identify our users.

Didn’t really take notes on this one. Demo of sample code for reading and writing to NSDocuments/UIDocuments.

A presentation on how to setup iBeacons. Demonstrated a pyrometer transmitting live temperature updates to an iPhone and OSX. Essentially the technology is promising, but still flaky, and the amount of code required to begin using iBeacons is trivial. Spoke to Matthew about whether an application can simultaneously act as Central and Peripheral, which he thought wouldn’t be a problem since the OS monitors for multiple applications at the same time so it’s not a limitation with the hardware. He thinks the range can be around 25 metres, but it just depends on the device power. iPads transmit with greater power than iPhones.

Mostly a demo of RubyMotion code for handling large datasets through CoreData. Actually didn’t know about RubyMotion before the demo so it was quite hard to follow. RubyMotion allows you to write iOS applications in Ruby, being able to interface with the Apple frameworks but leverage the power of Ruby on top.

This was a high-level overview of testing strategies for iOS. Pointed out that nowadays we have options when it comes to testing iOS.

I spoke to Steven after the presentation to ask about any advantages to using Kiwi, I was curious about whether it was just really the same thing wrapped in different language semantics. He said that it was, and that if you are already using OCUnit and you are happy with it, that there is no reason to switch. He personally prefers and uses xUnit despite being the author of RSpec (which Kiwi is a clone of). I mentioned awkward mocking in OCMock, especially regarding value passing, and he said that’s a side effect of the extreme difficulty of writing mocking frameworks, but that Kiwi is probably better in that respect. 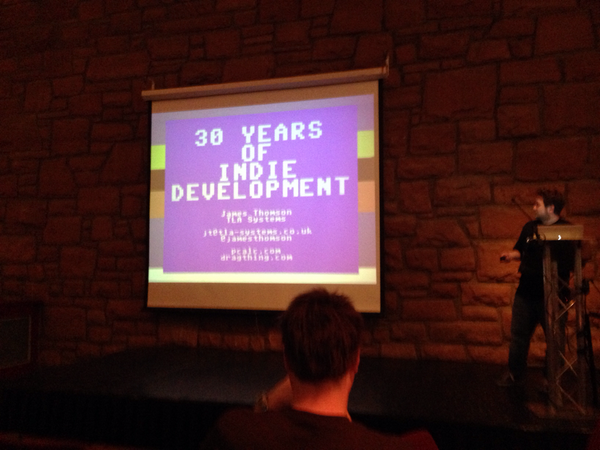 James Thompson gave an account of his career developing for Apple Macs, working on DragThing and the MacOS dock, and rewriting PCalc many times for new platforms. Some good anecdotes including one about Steve Jobs wanting to get rid of him because he was a remote developer working in Ireland, and so he had to have an office in San Francisco and pretend to be located there. Interesting talk and a lighthearted end to day one.